Good afternoon. My name is Victor Tregubov and I need your assistance.

I’m a Ukrainian journalist. My job is to provide the public with information. I would like to use this opportunity to present the Dutch population the views, hopes and aspirations of my fellow citizens. In my humble opinion, this would be useful to both parties.

In a short period, you will have the opportunity to participate in a referendum and express your negative or positive attitude towards the Association between the EU and my country. I should say that we’re following this process with great interest.

We surely cannot give any piece of advice to Dutch citizens on how to vote. It’s solely their sovereign right. Under different circumstances I wouldn’t write this addressed statement at all.

There are certain factors that motivate me to do it nonetheless. It’s extremely important for us to present our vision of this association before you take your decision.

The things we did not know

I have to confess straight away: here in Ukraine many don’t understand how is this question actually evaluated: Are the Dutch citizens ready to cooperate with Ukraine or are they eager to deny the pro-European aspirations of our citizens despite the difficulties we’ve been through to reinforce them? What is it that we’ve done to deserve such an attitude? Is an agreement already active between Turkey and the EU and Algeria and the EU too much to ask for Ukraine? Perhaps, we’ve done something wrong? Perhaps the football supporters in orange suit weren’t given a warm enough welcome during the Euro-2012? However it doesn’t seem to be that way…

Perhaps we haven’t expressed our solidarity and compassion in a proper manner after the tragedy with MH17 flight? The Embassy of the Netherlands in Kyiv was simply drown in flowers and all of Ukraine was in deep mourning, people were crying hard about the perished children for they also knew the bitter feeling of losing someone they love.

For us the Netherlands have always been a faraway land, yet we’ve always demonstrated great interest and sympathy for this country. Certain efforts of international journalists were necessary to make the proper explanations. Look, people, there is nothing personal; it’s just a way for many Dutch people to express the euro skepticism and their attitude towards the government. Therefore, it’s absolutely not about us. However to be absolutely honest there’s the necessity to mention that there’re third parties interested and actively involved in increasing of levels of this skepticism.

There’s a positive moment in all this, at least we know that we aren’t adversaries. The negative moment is the fact that the further fate of my children can depend on the attitude of a Dutch citizen towards the current Cabinet of ministers and the trust he has towards anti-Euro (and, sometimes, Russian-backed) speakers.

Why do I dramatize and mention the fate of my children? You’ve all been presented the view of Dutch who oppose our Association agreement and now I’ll try to present out view of the current situation.

The view from our garden

Let’s mention first things first: in the present state Ukraine cannot become an EU-member. This is an impartial fact, which Ukrainians are fully aware of. We aren’t ready to do so neither from the economical nor political perspective and we also realize that the EU is not ready for further expansion. Especially when considering the ongoing discussion about the format of further co-existence within the EU. There’s a great amount of work to be done in order to get the opportunity of wide political integration with the European community. I could even say that work in this direction is one of the main tasks of my generation.

In the present state Ukraine cannot become an EU-member. This is an impartial fact.  –  Viktor Tregubov

However, the offered Association format is also crucial for us. Its value is so great that in order to implement it external political meaning we were ready to present our partners a number of economic preferences (by the way the Netherlands is one of the privileged parties in this context). This Association is so valuable that when it was endangered, thousands of people on the 21-st of November 2013 went out on the Kyiv Maidan. All these people had lots of questions to the government, but the matter of Association was a cornerstone.

You may ask of course why we cherish it so much? It’s just a political and economic agreement. Yes, it’s an obvious demonstration of the pro-European choice of Ukraine in the context of foreign policy, but couldn’t it be just an ordinary whim in the context of all the scepticism demonstrated by the Europeans?

In this case it’s extremely important to understand the context – what is our alternative choice?

There was a process of deconstruction of our state and it’s full integration with Russia. –  Viktor Tregubov

The great value of this agreement becomes very understandable in the context of the efforts our adversaries are ready to undergo in order not to make it happen. The leadership of the Russian Federation was ready to hand out a credit of a dozens of billion dollars in order to prevent the former president of Ukraine Victor Yanukovych to sign the Association Agreement. And while turning their intention into deeds, they simply made a typical Russian mistake: they paid their attention to the leader onlyand neglected the people of Ukraine.

And, by the way, this is one of the reasons why we understand Dutch people so well. Why wasn’t the voice of the people heard when signing any agreement?

Perhaps I would even be inclined to say “No” in such a situation. Just in order to counteract such attempts. Now when writing to you, my unknown reader, I will try to explain what arguments I would use to convince myself to overcome my disturbance.

During the Maidan we were mad and upset not only by the fact that the decision was made without asking us about it. We understood the further steps. There was a process of deconstruction of our state and it’s full integration with Russia. Even then it was obvious how the Minister of Defence was actively involved in decreasing the combat capability of our Armed Forces, our security forces were filled with Russians and our economy became fully dependent on Russia. This was all done under our noses. The plan was to make us citizens of a new USSR, though this time it wouldn’t have been communistic but merely kleptocratic, built on secret pacts of corrupted leaders and their cronies.

We had been there a while ago and had already tried that, and we were very reluctant to do it once more. This craving not to end up back in the past was so strong that hundreds of people were ready to face the bullets carrying thin metal shields. Now the Russian propaganda is trying to tell us that all of this was done because of Americans handing out money and cookies. And every time I hear a person saying this I feel the strong desire to send him to a street raked with heavy sniper fire and ask a simple question: for how much money and cookies are you ready to make at least a couple of steps in such a street? The vision of an obvious quick and yet sometimes painful death is much stronger than any rational motivation.

Any but one. Life made it clear to me that the only possible thing that can make a person go through such a hell is the understanding that after you’re swallowed by it your relatives and loved ones will go on with their lives without fear and humiliation.

We don’t only choose an opportunity of being closer to Europe. We choose for the opportunity to break ties with Russia. –  Viktor Tregubov

We don’t only choose an opportunity of being closer to Europe. We choose for the opportunity to break ties with Russia – just like, back in the days, the inhabitants of the Seven Provinces have chosen for the opportunity to determine their destiny independently from the Spanish crown, or as the liberators and Dutch resistance who fought against German occupation during World War II. We’ve been with Russia for centuries and suddenly woke up in the 20th century in total isolation from the civilized world, with a barbaric system of values.

As soon as we tried to undo the historical mistakes of our ancestors and silently walk away from Moscow, taking advantage of the fall of the Soviet Union we were immediately put under severe pressure. We were blackmailed through gas import; they were supporting separatists’ movement in certain regions, declared trade embargos, destroyed enterprises. As a result they’ve occupied one entire region and tried to do the same with other two. Therefore, it’s quite obvious that we’re reluctant to choose “the eastern direction” of diplomacy.

Now the Russian propaganda is trying to tell us that all of this was done because of Americans handing out money and cookies. –  Viktor Tregubov

We’re a country with 45 million of citizens and not just some big border pile with stripes. There should be a fence on our eastern borders and we’re even ready to organise the Night Watch for it. This Agreement stresses our choice in favour of the European civilisation and bidding goodbye to our post-Soviet past, just as saying good bye to all Russian ambitions in Ukraine. This is not only a simple matter of self-identification; it’s purely about the survival of our country.

This is why there’s so much pressure from Russia for it’s one of its national interest to keep Ukraine as a satellite and her further integration. We cannot admit to this, being eaten alive is none of our interests and there cannot be any consent to that.

What we ask for

We’re incredibly sorry that our ancient struggle has leaked out of the region and has become an issue for Dutch citizens. The truth is that we would gladly settle the things on our own capabilities. However the truth is also that the referendum has been set already and its result can severely influence our further fate. We were ready to face bullets for it so we definitely won’t hesitate to ask for your assistance.

They put a sharp knife into your hands: it’s the opportunity to influence the policy of your government and the EU. We understand that you’re very eager to try it, yet, please, don’t stab it in our leg. Don’t cut us with it while we’re struggling with a much stronger adversary. You will have the chance to express your will in future, but don’t stab us only for the sole reason that it might be a good lesson for somebody.

It’s extremely unpleasant to feel yourself as a hostage of the situation. 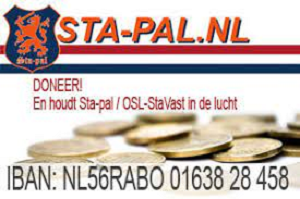